The stories behind Halt And Catch Fire 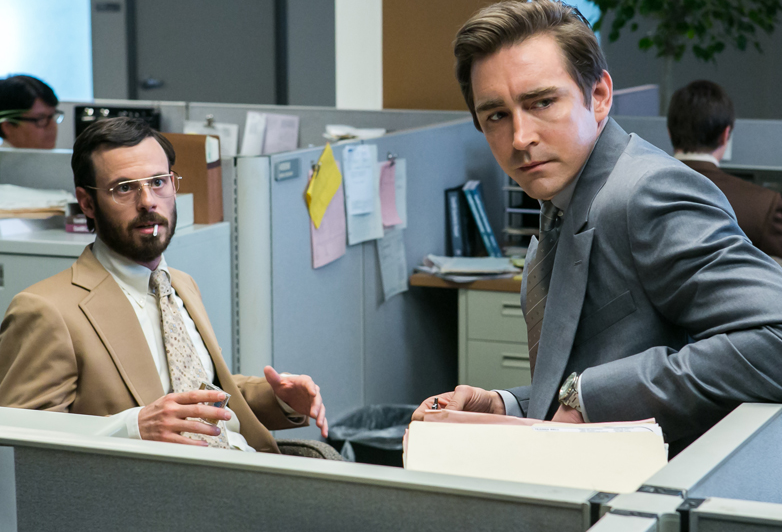 Like every other geek, I’m watching AMC’s Halt And Catch Fire and profiting of all the buzz surrounding it.

Over at The Internet History Podcast there was a really cool interview with Rod Canion, one of the co-founders of Compaq, one of the guys who did in real life what the actors in Halt And Catch Fire pretend to do every Sunday. Like jumping through the legal hoops:

What our lawyers told us was that, not only can you not use it [the copyrighted code] anybody thatâ€™s even looked at itâ€“glanced at itâ€“could taint the whole project. (â€¦) We had two software people. One guy read the code and generated the functional specifications. So, it was like, reading hieroglyphics. Figuring out what it does, then writing the specification for what it does. Then, once heâ€™s got that specification completed, he sort of hands it through a doorway or a window to another person whoâ€™s never seen IBMâ€™s code, and he takes that spec and starts from scratch and writes our own code to be able to do the exact same function.

Canion is also the author of Open: How Compaq Ended IBMâ€™s PC Domination and Helped Invent Modern Computing, one of the many books about the cloning of the IBM PC.

One of the themes of Halt And Catch Fire is the rush to be the first to disrupt a market. I thought the series would make me remember the Macintosh stories of folklore.org, but the book that I’ve thought about the most while watching the series is The Soul of a New Machine, by Tracy Kidder. 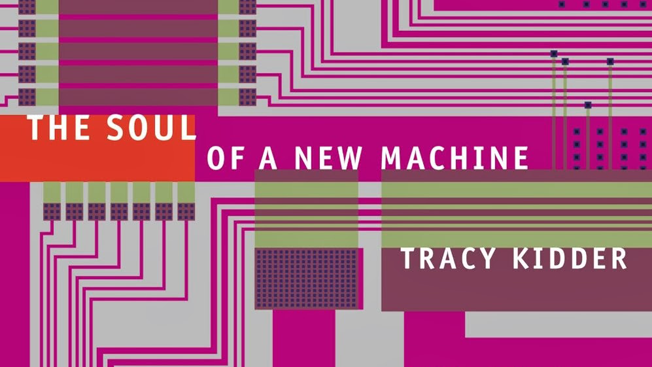 It’s about a team of engineers in a race to build a new type of minicomputer in the 70s. It reads like a novel:

Computer engineers, like poets, usually blossom early, and Ed Rasala was at thirty-five an old and experienced tradesman. He was the captain of “the Hardy Boys,” a dozen or so engineers who worked on Eagle’s hardware. When the debugging began, Rasala’s Hardy Boys virtually went to live with the prototype Eagles, in a small and windowless laboratory, behind locked doors, at Data General’s headquarters in Westborough, Massachusetts. Soon most of the crew were spending the majority of their waking hours in the lab, for six days of every week, and even when they went elsewhere, in their minds they continued to grope around inside the new, still defective machine. For the people who were building it, the incipient computer defined a small world. Rasala was the leader of the debugging; it was, in effect; his job to see that this little world was rid of uncertainty.

Innovation is a tricky game and most of the people set out to do something different fail along the way. Even those who work for big, well-funded companies. Like the guys in Fumbling the Future, the story on how Xerox invented the first true user-friendly personal computer and then went to extremes in order not to profit from it.

Another good read is the History of the Amiga series over at Arstechnica. The Amiga team is where a hacker like Cameron in the series would prefer to work, they were trailblazersâ€¦ underfunded and understaffed trailblazers. The story of how they clawed to create the awesomest machine of the 80s is fascinating.

Amiga, Inc. didn’t have a lot of money left over for shipping its prototype to the show, and the engineers were understandably nervous about putting such a delicate device through the rigors of commercial package transport. Instead, RJ Mical and Dale Luck purchased an extra airline seat between the two of them and wrapped the fledgling Amiga in pillows for extra security. According to airline regulations, the extra “passenger” required a name on the ticket, so the Lorraine became “Joe Pillow,” and the engineers drew a happy face on the front pillowcase and added a tie! They even tried to get an extra meal for Joe, but the flight attendants refused to feed the already-stuffed passenger.

In any case, the first few episodes of Halt and Catch Fire have been a thrill to watch. It’s well written (although sometimes unnecessarily dramatic), the period tech is accurate and almost none of the technical terms are out of place. Also, the title sequence is pure awesomeness. Here’s a feature on the making of by The Art of The Title.