How to create effective presentations 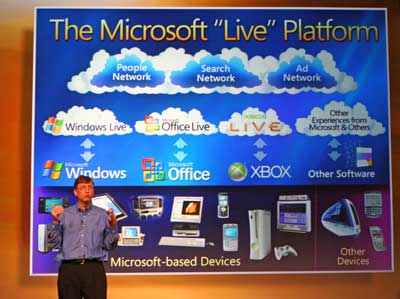 Aaaand off to a bad startâ€¦ Most people that lead a professional life need to do presentations on a regular basis. Which is why it never seizes to amaze me that, consistently, almost all of the presentations that I see, suck.

Leaving halfway through the presentation really doesn’t solve anything. I mean, this evil energy will continue to exist even if I try to ignore it. Truth is I haven’t learned the right way to make suggestions to a presenter without having her break into tears. So, the only thing I can think of in this crusade against unproductivity is to write a post about it. I have no intention whatsoever to point out how to do a proper Power Point presentation. My goal is â€“as everything else hereâ€“ to vent a little.

Surely, Iâ€™m not alone. Dozens of advocates ofÂ productivity pornÂ haveÂ writtenÂ about this inÂ waysÂ that i’ll never beÂ able to.Â So letâ€™s say that this is, at best, a summary of what I’ve read:

The only thing worse than having to endure a poorly-done presentation is making one without knowing it.Â So,

7 Signs that your presentation sucks:

2. You’re basically showing bullet points without making up a narrative.
â€¢ Just like this one
â€¢ and this other one that doesnâ€™t add anything

3. Each sentence occupies more than one line.
Whatâ€™s that on the screen? A novel?

4. You are reading the slides.
Both Powerpoint and Keynote have a feature called Presenter Display. It has a timer, the current slide and the next one. Itâ€™s one of those amazing discoveries of the human race. And itâ€™s there precisely so that the audience doesnâ€™t notice that you haven’t memorized your slides.

5. All the slides have animation.
As if youâ€™d just recently discovered that computers can do that.

6. No contrast.
Yes, we all know that you like a black font over a blue background. Yes, we also know that in that your company the shading color should always be red. But, how about if you do some slides that can actually be read?

7. Over 15 slides in over 30 minutes.
Unless you are really funny or really talented (which youâ€™re NOT), nobody can endure a 30 minute lecture without starting to think about stuff that really matters in life.

After twenty minutes, the person with the highest rank will leave to take a phone call.

After thirty, the people that donâ€™t really have to be there will fall asleep.

Guy Kawasaki, a mythical figure in the tech world (and more importantly in tech marketing), created a few years back one of the creeds that I still follow: the 10/20/30 rule.

The premise is simple and easy to remember: a PowerPoint presentation should have no more than 10 slides, last no more than 20 minutes and contain a font size of 30 or higher.

According to Kawasaki, ten is the optimal number of slides, since no one can retain more than 10 concepts in a meeting. Setting the example heâ€™s most exposed to: the request for venture capital, a presentation should have these ten slides:

Iâ€™ve seen so many people skip slide 10, that I canâ€™t wrap my head around how capitalism still exists.

That presentation should last 20 minutes, even if you have an hour. Take the rest of the time to struggle with the laptop and talk to people. The Q&A part is the most important part of any presentation, and undoubtedly, the one thatâ€™s usually left out due to lack of time.

As for the font size, Kawasaki suggests that people who use font size 10 and try to put as much text as possible in a slide, donâ€™t know their material well enough (and therefore, shouldnâ€™t be giving a presentation in the first place). When the audience realizes that you are reading, they start reading too. And people can read faster than you can speak, so you lose them forever.

Applying this rule is easier said than done. But once you accomplish it, youâ€™ll see that youâ€™ve never given a half-decent presentation. Presenting is definitely an art, and as such, it requires practice. A lot of practice. And just as in writing, you need to read, meaning, to see a lot of slides prepared by other people.

Every year since 1984, the Technology, Entertainment and Design conference is held in Monterrey, California. The conference unfolds through a series of 20-minute lectures where only the brightest minds and top speakers in the world get to present. Itâ€™s truly a delight to watch the TED presentations; theyâ€™re like concentrated pills of superior intelligence.

Majora Carter starts by reading the script. But afterwards, as if by magic, she connects with the audience. None of the slides (mostly text-less pictures) are redundant.

Hans Rosling destroys in twenty minutes everything weâ€™ve ever thought about the third world, using amazing graphics and amazing motivational skills. This is the way to present data:

Al Gore won an Oscar and a Nobel Price with a presentation that shocked the world. Look at what he’s doing here: he wins over the audience with some jokes and then motivates them to fulfill what his presentation says. Again, he doesnâ€™t motivate them to listen to him, but to do what the slides say.
(And on top of that, he takes the liberty to spend half of the time available to win over the audience, and later give a 15-point presentation in ten minutes. This is called by many names: respecting peopleâ€™s time, always offering something valuable, not talking jibber-jabber).

So, what do all these presentations have in common? Few slides, very little text and people that know their stuff; one of the few people that can get their way by giving a 100-slide presentation is Lawrence Lessig, who possesses aÂ dazzling and uniqueÂ presentation style. Lessig’s presentations are fast-paced 20 minute tours de force. He doesn’t turn once to read. The slides multiply the effect of his words. Another exampleÂ and another:

Steve Jobs has led the presentation of some of the most revolutionary consumer products of the last decade. A very important part of the success of the Ipod and the rest of the Apple products during that period has been the â€œKeynoteâ€, that moment in time-space where the tech world holds its breath to see what surprise the future holds.

The release of the nano (presumably the most sold mp3 player in the world) is by itself a moment in history:

Because of all the intrigue that precedes the campaign, Steve Jobâ€™s presentations are a marketing case themselves. Theyâ€™re also some sort of Zen narrative class. Notice the amount of white space, the use of contrasts, and the pauses. But most importantly, what you need to learn from these presentations is the visual and verbal clarity. Thatâ€™s the way true leaders speak. Thatâ€™s the only way to deliver a message in twenty minutes.