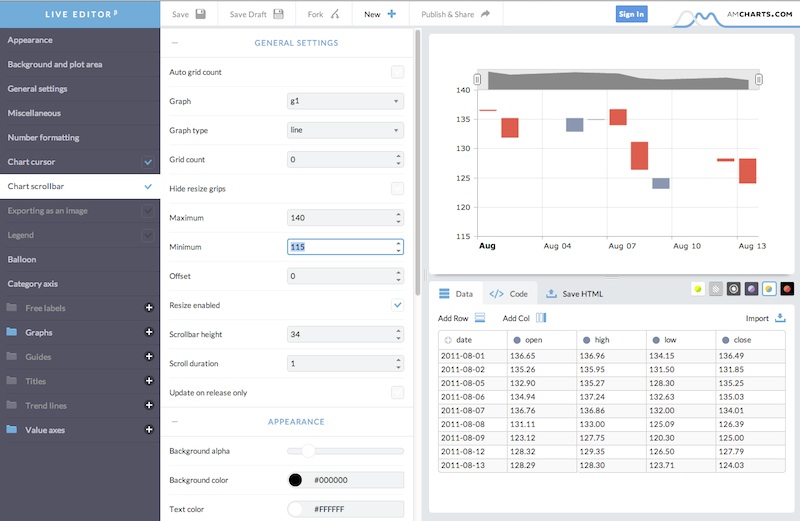 amCharts is a new JavaScript library for creating charts on the web. It handles many types of charts and it’s somewhat reminiscent of D3.js.

Its most exciting feature is a live editor, which removes the grunt work related to your typical JavaScript charting library and enables you to design, change and export your chart to HTML and include it in your website or dashboard. You can try it out for free here. Amazing work and amazing tool.

For me, the most important feature is the ability to show a chart scrollbar that enables you to zoom in and out of a section of the chart, in less than 5 minutes, like so:

Over in his blog, John Nelson gives us a full step by step recommendations on how to successfully demo an app in front of an audience.

In my case, my two biggest mistakes are usually going too fast or not providing enough context before beginning. I know it because of the questions that rise later during the presentation. So I’m putting this here also to remind myself:

This also reminded me of something I read the other day at Don Melton’s blog, about presentingÂ to Steve Jobs:

When demoing something to Steve, you had to pace yourself. If Steve said, â€œStop,â€ you fucking stopped. Hands down and waited. And you didnâ€™t jiggle the cursor while he was looking at the screen. Certain death.

Continue readingÂ How to demo an app in six steps. 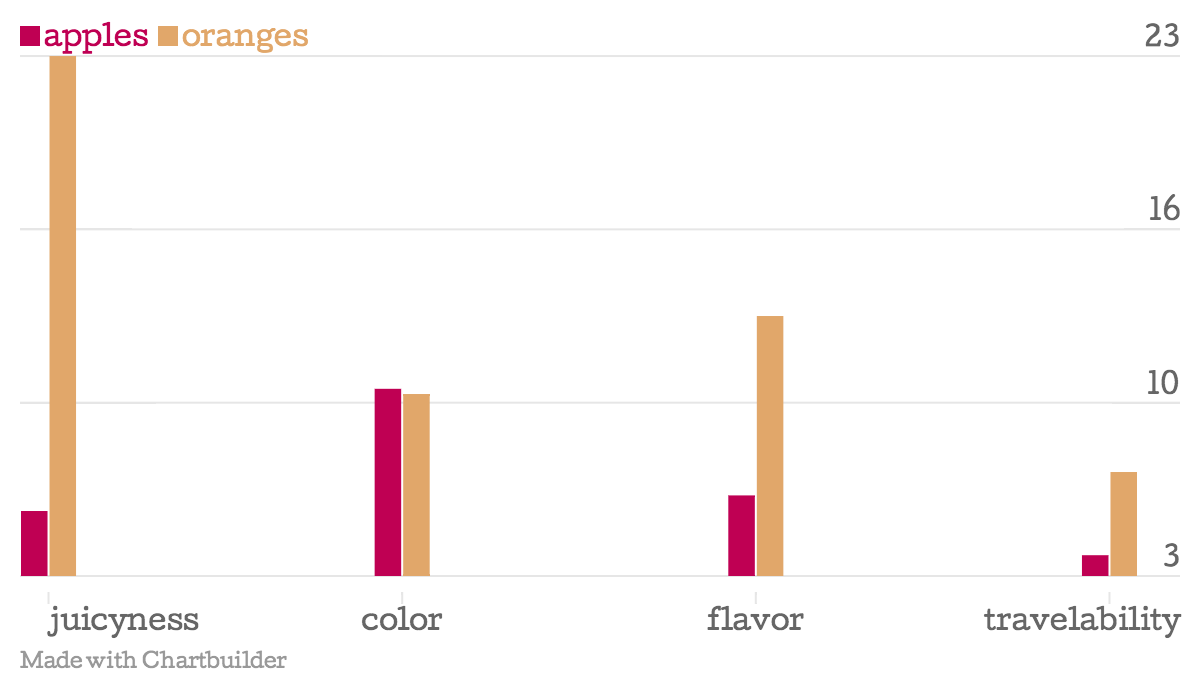 Back in July 2013, the guys from released their Chartbuilder tool to the rest of the world.

QuartzÂ is a very successful online magazine. For their charting needs they use Chartbuilder, a web tool they built to streamline their cumbersome Excel-based process and convert it to a three step copy+paste, copy+paste, publish workflow.

(â€¦) frustrated by the amount of my own time it was taking to produce even the simplest charts in our style, I set out to make a tool that would allow me to support the charting needs of the newsroom without consuming all of my time. It quickly turned into an application for the entire newsroom.

Back in July 2013 they released the tool to the rest of us.Â Chartbuilder can be downloaded and installed in your machine, but you can also use their hosted version here.

Michael Dubakov has this great introduction to visual encoding, along with samples and easy to remember rules, so you don’t mess up the next time you’re trying to visualize data. 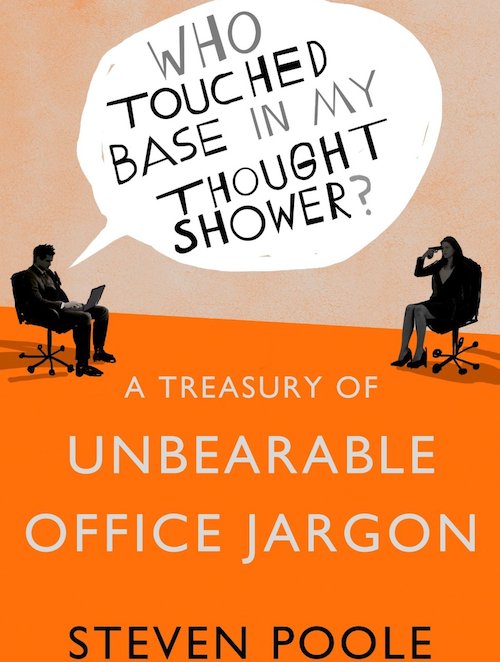 Reading it, I was often reminded of theÂ Bill Lumbergh character in Office Space:

Only after working in very politicized organizations, I realized that there were people who constantly spoke like that. All day long. Saying things like:

Sunset
This is an imagistic verbing â€“ “We’re going to sunset that project/service/version” â€“ that sounds more humane and poetic than “cancel” or “kill” or “stop supporting”. When faced with the choice between calling a spade a spade or using a cloying euphemism, you know which the bosses will choose. Happily, sunsetting also sounds less smelly than the venerable old mothballing.

Issues
To call something a “problem” is utterlyÂ verbotenÂ in the office: it’s boundÂ to a) scare the horses and b), even worse, focus responsibility on theÂ bosses. So let us instead deploy theÂ compassionate counselling-speak of “issues”. The critic (and manager) Robert Potts translates “There are some issues around X” as: “There is a problem so big that we are scared to even talk about it directly.”

Actually, I’m guilty on that one 😉

Poole also writes theÂ On WordsÂ series at The Guardian and is the author of Unspeak, a brilliant book on how words become weapons.

Doublespeak is not only the annoying source for some office humor. Using these words and not calling things by their name is a recipe for misunderstanding, uncertainty and fear. It’s the reason why some environments become toxic. Like Poole says, the only way to fight the effects of these words is to become aware of their use and try to investigate and contest their meaning.