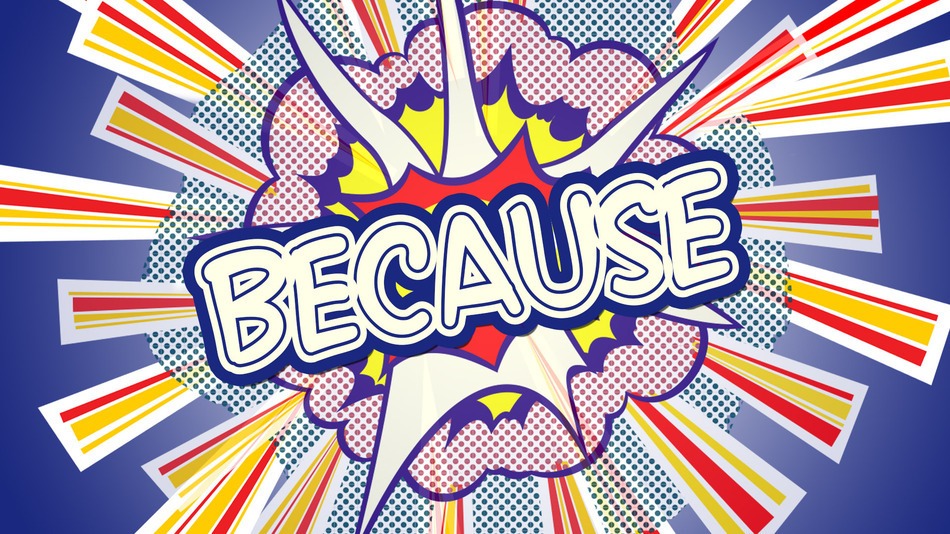 A couple of days ago I was wondering about the rise on the use of “Because [something]”. Because as a preposition. I know it’s an internet thing, and I’ve seen the Because Race Car, because… well,Â because internet.

Then, lo and behold, Megan Garber published an article about this in The Atlantic, explaining it all:

It’s a usage, in other words, that is exceptionally bloggy and aggressively casual and implicitly ironic. And also highly adaptable. Carey has unearthed instances of the “because-noun” construction with the noun in question being, among other terms, “science, math, people, art, reasons, comedy, bacon, ineptitude, fun, patriarchy, politics, school, intersectionality, and winner.” (Intersectionality! Because THEORY. Bacon! Because BACON.)